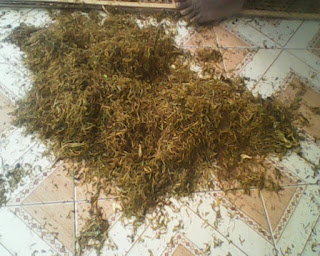 Drought has benefited farmers who settled in the Village District Peniron Pejagoan Kebumen. Because the dry this time they could grow tobacco with a high selling price which ranges from Rp 100.000/kg. Among those which have been widely is a golden opportunity because previously when the tobacco plant has always failed due to high rainfall decline. 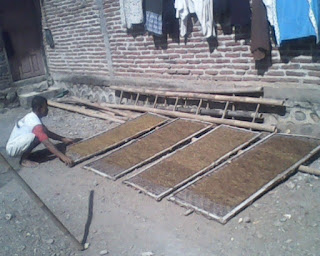 Looks a tobacco farmer named Mr. Asrofi're drying rajangannya. He said that high tobacco prices due to high cost of care, where we have to water every day with the distance from the source of water far enough. For farmers who have a vast land of course is definitely very lucky because the production cost can be suppressed with a selling price of tobacco in abundance.
Share this post: